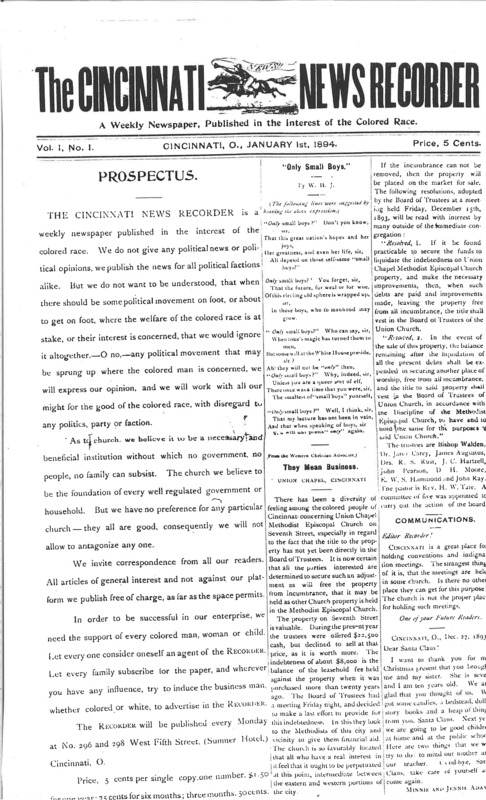 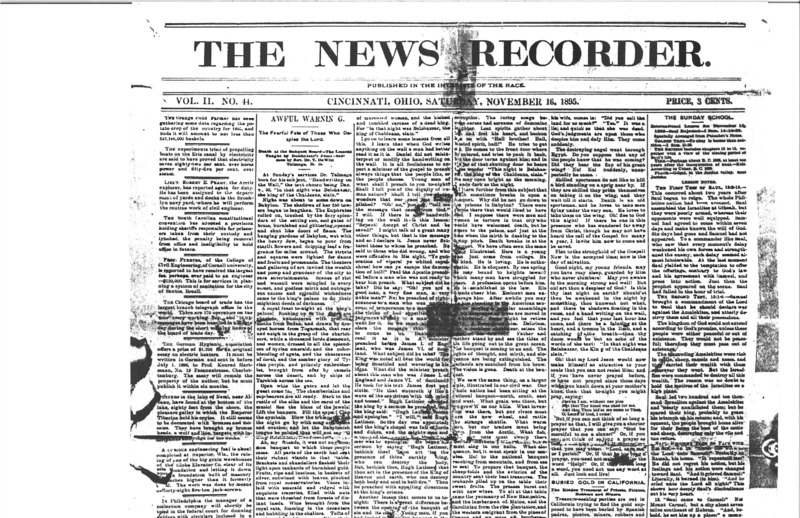 Public domain; Courtesy of the Cincinnati Historical Library and Archives

The Cincinnati News Recorder was published by James S. Sandipher, first on Monday, January 1, 1894, with the motto: “A Weekly Newspaper, Published in the Interest of the Colored Race.” Sandipher had eight associate editors including Bedford Williams. While promoting the interest of Black readership, Sandipher clarifies that the paper “do not give any political news or political opinions, we publish the news for all political factions alike” on its inaugural issue. The newspaper office was located in the Sumner House, a successful Black-owned lodging house at 296 and 298 W. Fifth Street. This indicates that the newspaper was sponsored by Black business owners, whose advertisements appeared on the paper. The newspaper, if not political, was religious, as it reported on religious activities and messages. 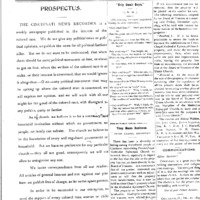 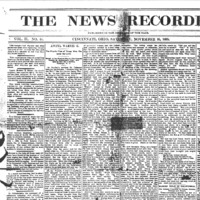