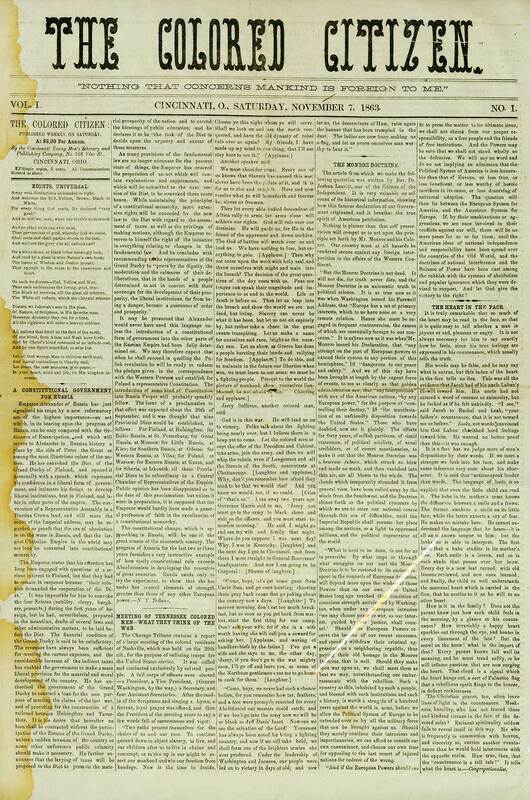 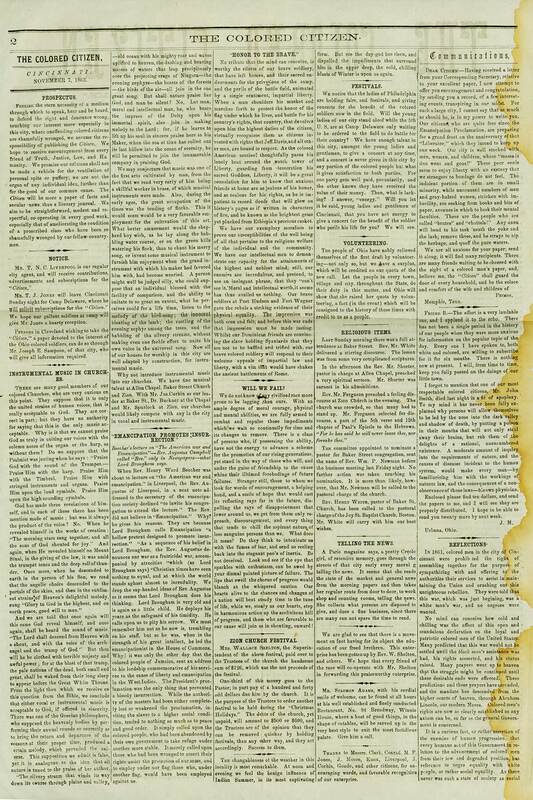 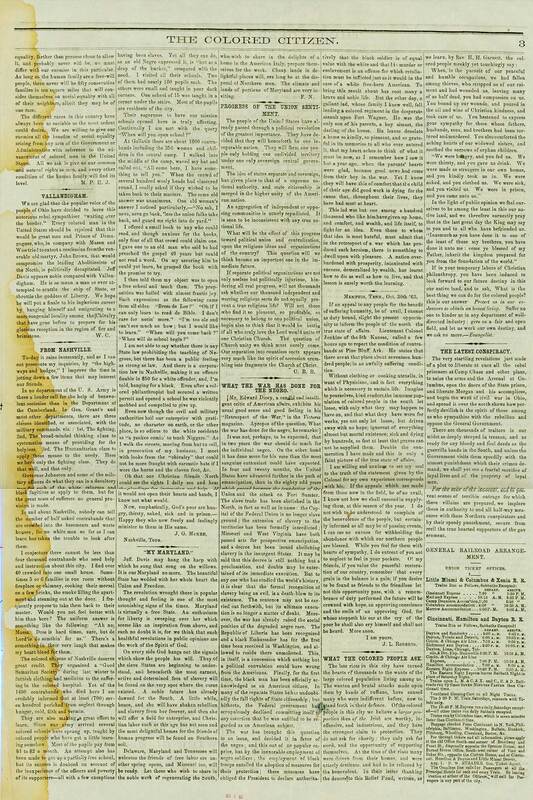 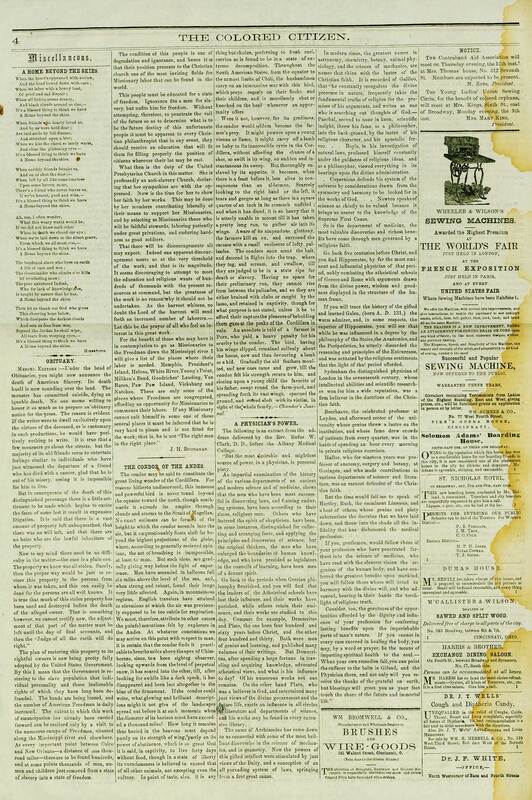 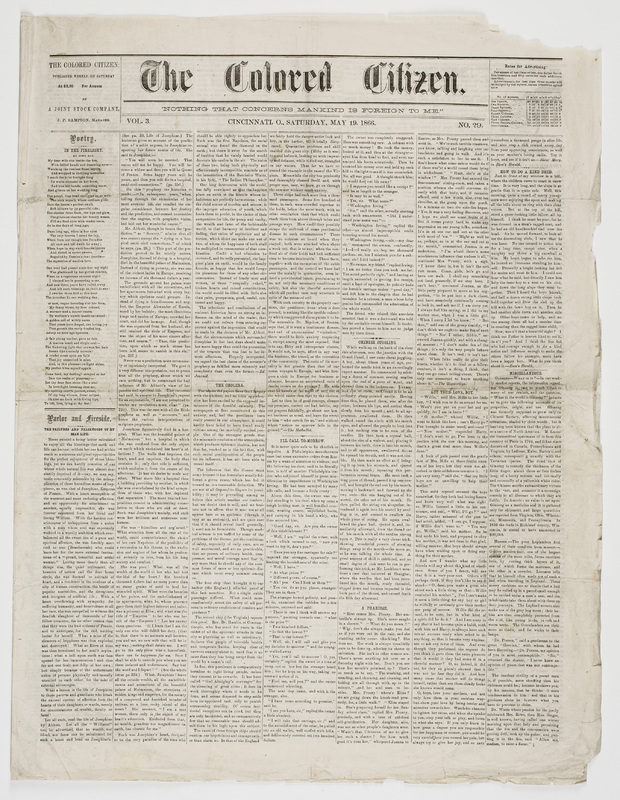 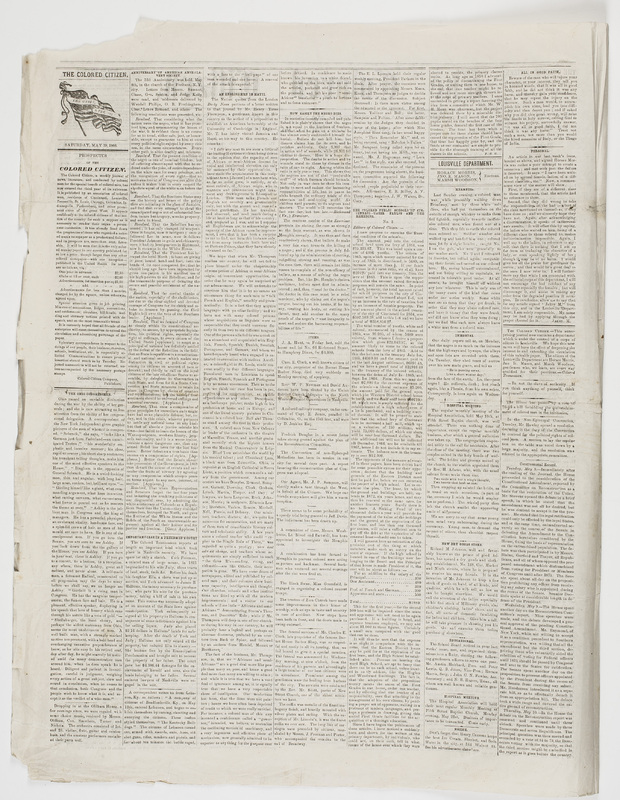 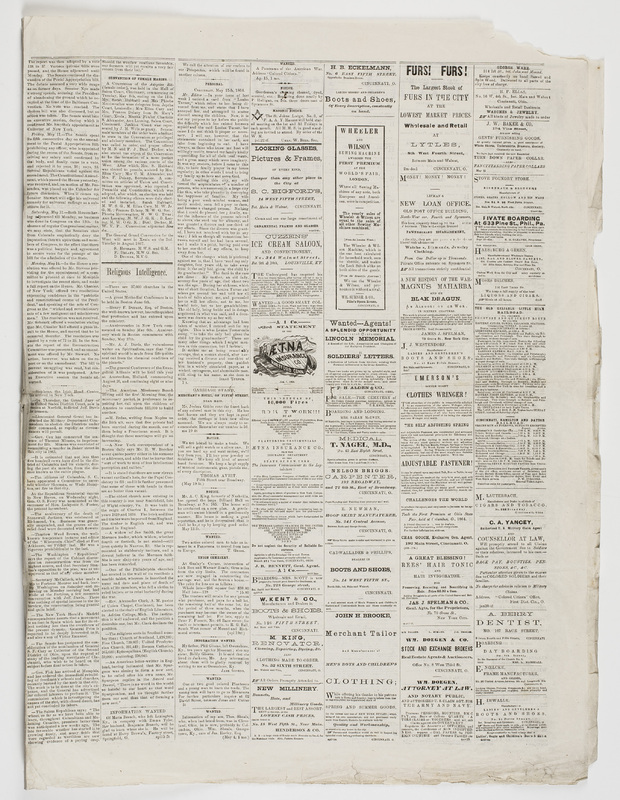 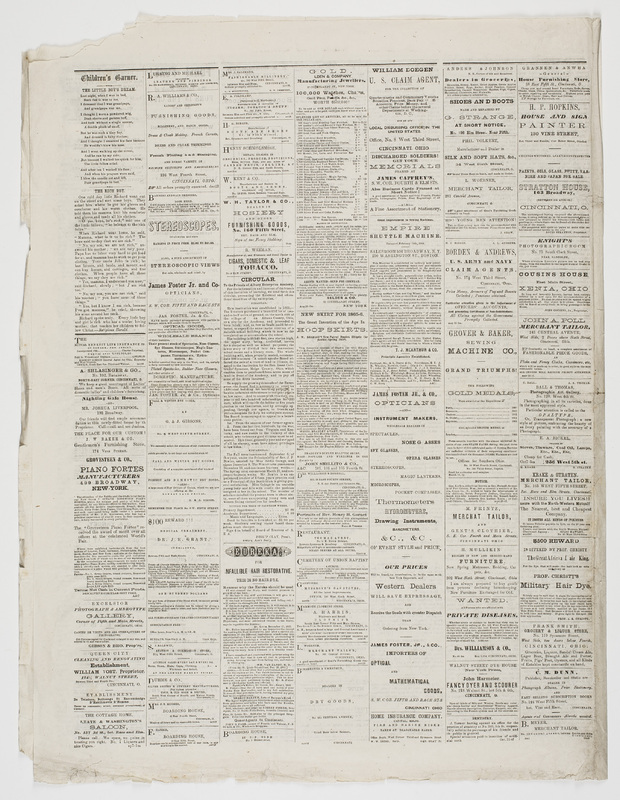 Public domain; Courtesy of the University of Cincinnati Library and American Antiquarian Society

The Colored Citizen started on November 7, 1863 and is assumed to have continued until 1867 despite its occasional revivals in following years. In addition to the inaugural issue, only one more extant copy, published on May 19, 1866, is available. The two oldest members were William H. Yancy, a prosperous barber, and Reverend Thomas Woodson, allegedly the first son of Thomas Jefferson and Sally Hemmings. Both of them were familiar with journalism prior to the Colored Citizen. Yancy offered crucial help to publish the Palladium of Liberty by forming its executive committee under David Jenkins’s editorship in 1843. Woodson also contributed to another newspaper, the Disfranchised American, as one of the six editors in 1844. With the substantial guidance of Yancy and Woodson, younger and well-educated editors including Joseph Carter Corbin and John P. Sampson practically oversaw the publication and circulation process of the Colored Citizen, at least until 1867 when the Cincinnati Commercial (March 30) praised the Colored Citizen. Young apprentice-type journalists also joined the newspaper. They were Charles W. Bell, Harry F. Leonard, and George Washington Williams. How long the newspaper lasted is unclear. Charles W. Bell represented the Colored Citizen at the 1875 Convention of Colored Newspapermen, and the Free American in 1887 reported that the newspaper finally "croaked" because of "a monetary complaint." 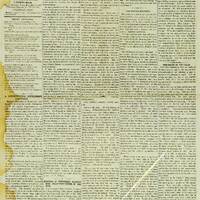 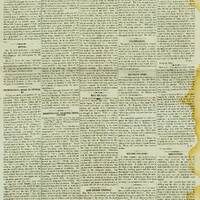 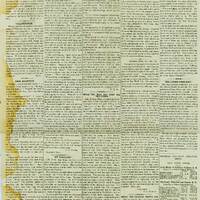 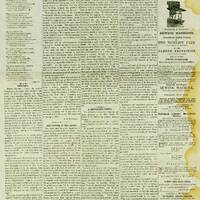 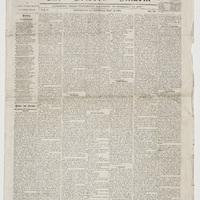 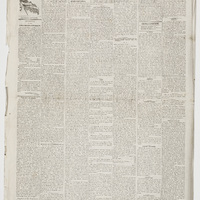 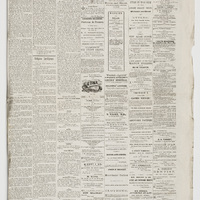 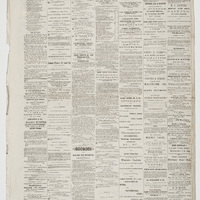 1860s: The Black Press during the Civil War