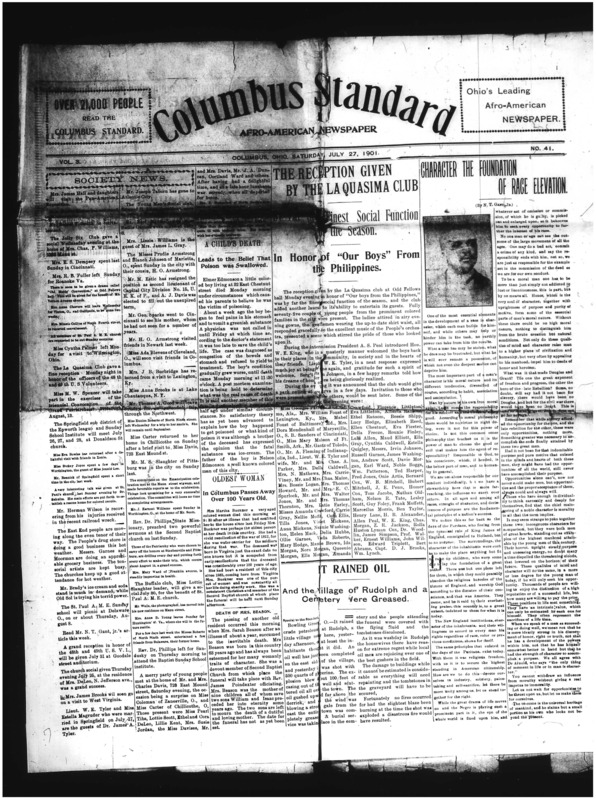 Public domain; Courtesy of the Library of Congress

The Columbus Standard was published by Pearl William Chavers, as a weekly, beginning in 1898 and ending in 1901. He worked with J. M. Riddle, City Editor, and three local writers, who were Mrs. L. F. Buckner, Miss R. Monmouth, and Mrs. A. J. Chavers. It is notable that the writers and correspondents consisted of all Black women including the editor’s family member. The only extant copy on July 27, 1901, ambitiously announced that “over 21,000 people” read the paper, and it was “Ohio’s leading Afro-American Newspaper.” At the 1900 Republican National Convention, he met Booker T. Washington, who he admired. Emulating Washington’s “self-made man” ideal, Chavers used the Standard to promulgate his message for Black business development, voting rights, and industry. The paper also reported significantly on white violence against Black people. Chavers’ career as a newspaper editor did not last long, but he continuously endeavored to help urban Black residents. Chaver established Columbus’s Lincoln-Ohio Industrial Training School in 1907 to provide young Black women with practical training in domestic and industrial fields. In 1905, he founded a women’s garment factory in Columbus, and moved it to Chicago in 1917. He also started the first nationally chartered Black bank, the Douglass National Bank in 1922. 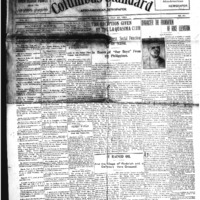