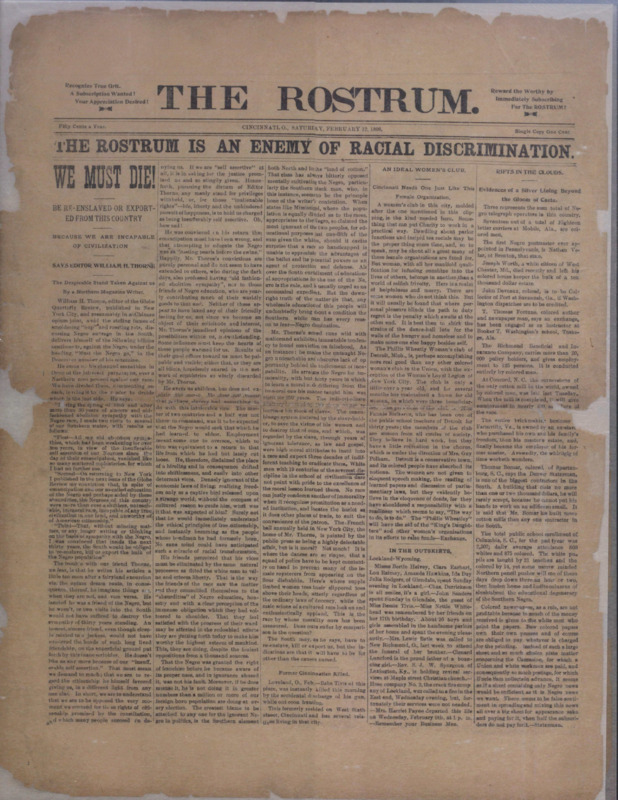 Public domain; Courtesy of the Cincinnati History Library and Archives

The Rostrum was published by William L. Anderson as a weekly newspaper in Cincinnati, Ohio. The paper’s political voice is explicit, as one motto of the remaining issues reads: “The Rostrum is an Enemy of Racial Discrimination.” Although the life of the Rostrum was short, Anderson’s career as a newspaper editor and writer lasted throughout his life. He worked as a young apprentice and reporter for Charles P. Taft’s Cincinnati Times-Star in the 1880s, and was also a protege of Lafcadio Hearn to become a writer and poet. In 1901, he was the first and only African American member of the Typographical Union. Later, he also edited The Pilot, with nine other editors and correspondents, around the year of 1907 when Wendell Dabney’s Union began to publish. For twenty-four years, Anderson operated a printing business, while editing and publishing a number of newspapers, pamphlets, reports, and books. Two copies of the Rostrum are available today: February 12, 1898, and May 6, 1899. The ending date is unknown. 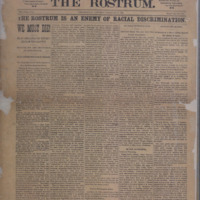 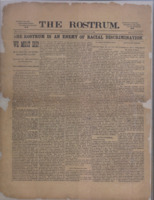