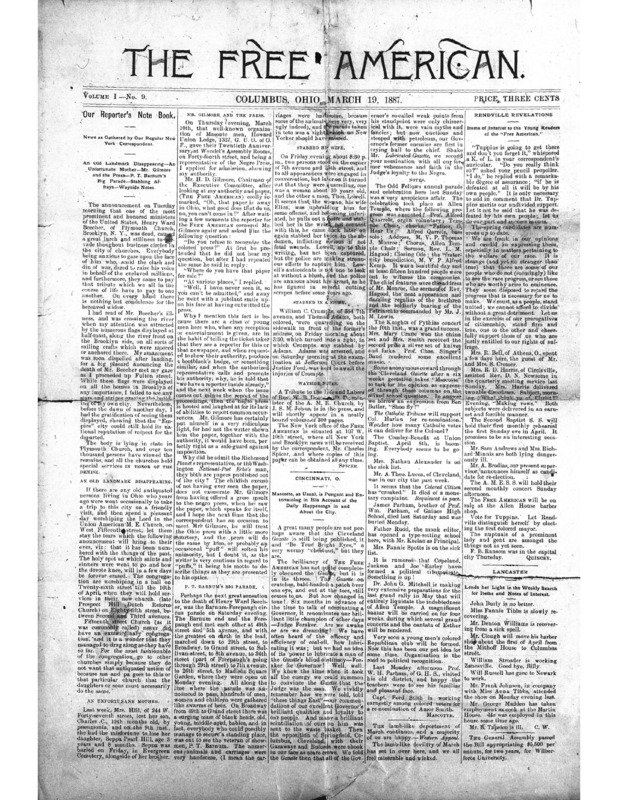 Directory of US Newspapers in American Libraries

Public domain; Courtesy of the Library of Congress

Columbus Free American was published by Theodore A. Thompson and Walter S. Thomas. The paper presumably started in early 1887, but both dates of the first and last issues are unknown. Only one issue on March 19, 1887 survived. Any biographical information about the editors is also barely available. The newspaper had many correspondents who delivered local news including accidents, deaths, gatherings, and even gossip. The correspondents appeared not only in-state cities but also metropolitan areas such as New York City, where the newspaper agents also recruited subscribers. 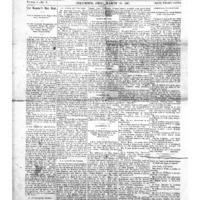 1880s: Renaissance of the Black Press in Ohio