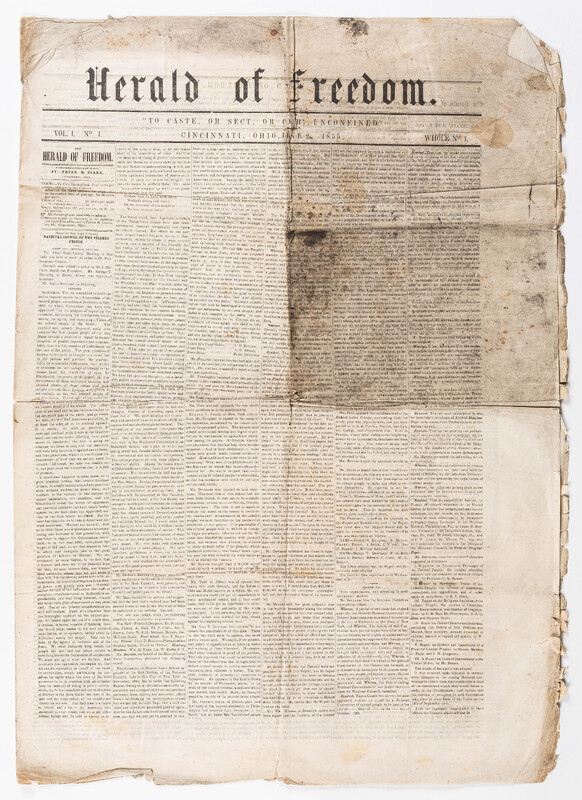 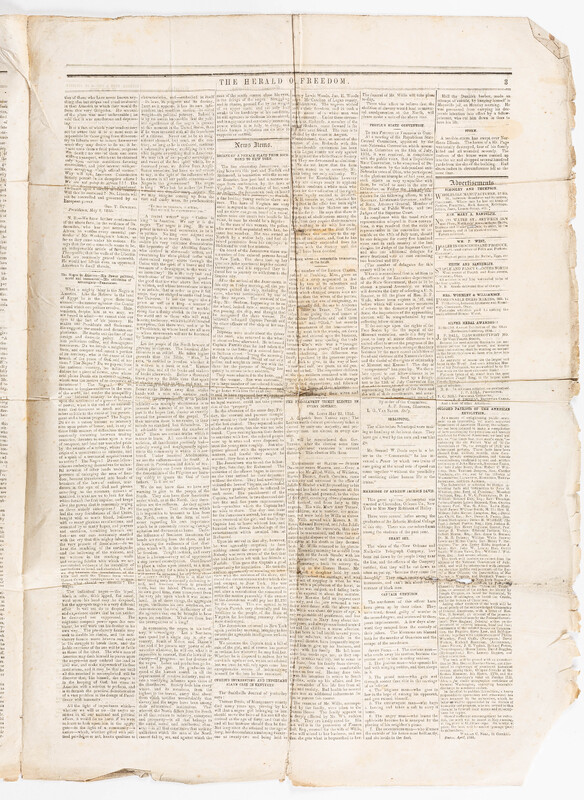 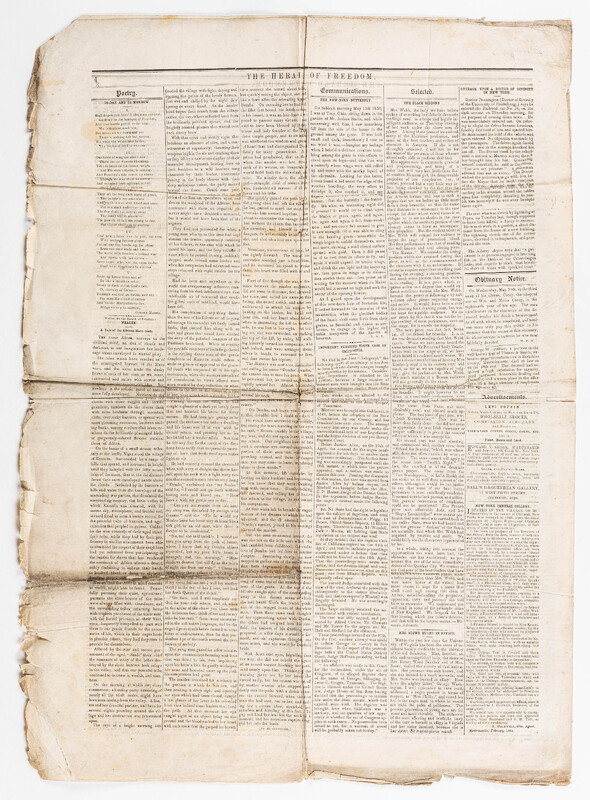 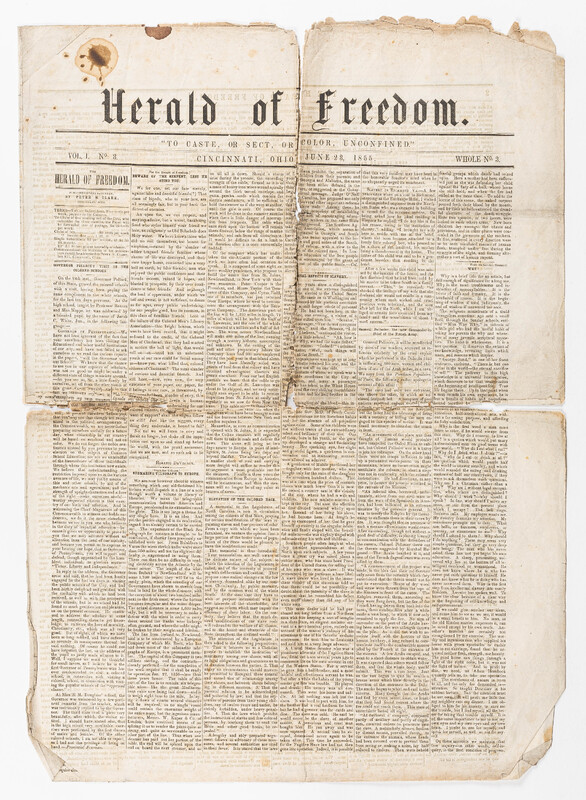 Herald of Freedom was published weekly in Cincinnati, Ohio. Peter Humphries Clark was known as the sole publisher and editor of the newspaper. His writing career continued when he got hired as a staff writer for Frederick Douglass' Paper in 1856, and convened the first Black journalists' convention, held in Cincinnati, in 1875. The first and third issues of the Herald of Freedom are preserved at the American Antiquarian Society. 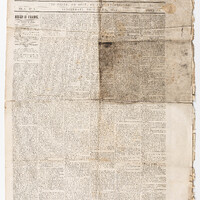 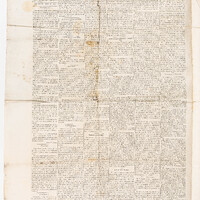 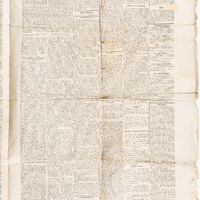 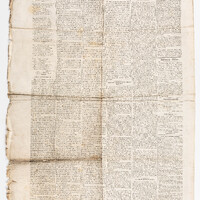 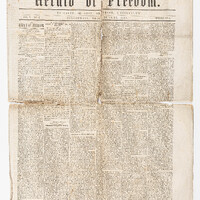