The number of African Americans in Ohio in 1839 was 17,362,[1] and 573 in Columbus in 1840, who comprised 9.5% of the state's total population .[2] The Palladium of Liberty says that they should obtain about 2,500 subscribers to maintain its publication and distribution. The estimated numbers turned out not ambitious enough because the actual payment from the subscribers fell too short to continue to publish the Palladium of Liberty. Nevertheless, the Palladium of Liberty was read by a variety of groups, as the newspaper covered a wide range of topics centering issues on contemporary African American experiences and interests. Since the newspaper had a strong network of agents, its subscribers were dispersed mostly across Ohio. [Click the graphs below for a bigger image with subscribers' names and amount of monetary contributions.] 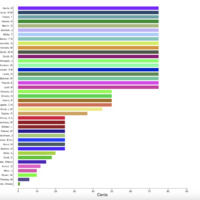 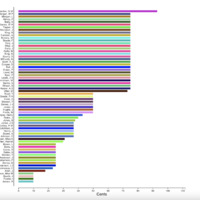 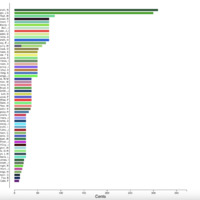 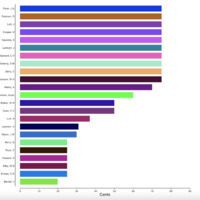 Although the Palladium of Liberty targeted African Americans under its motto, “Devoted to the interests of the colored people generally,” the list of the subscribers included whites as well. For example, a letter from a person named S.H.B in Wooster says, “Seeing that many of my colored friends are engaged in writing for your paper, and I being a regular subscriber, thought it not but right that I should send you, a line or two. . . I moreover want to see your very excellent paper sustained, and you cannot expect that it will be done unless some of your subscribers help to hear the burthen.”[3] Another notable reader group of the Palladium of Liberty was women. It is impossible for us to estimate any contribution of David’s wife, Lucy Ann, to the newspaper. One of the executive committee members, “L. Jenkins,” may stand for “Lewis Jenkins” rather than “Lucy Ann Jenkins.” However, a feminist tone is prevalent in the newspaper, questioning a preconception that the Victorian discourse on womanhood would be applied to Black women as well as whites. As one article, titled “Female Influence” insists, “Female influence is now felt in all the relations of life since woman has been elevated to a proper station in society; her influence on individual happiness, and all prosperity is so good that every attempt to render it more beneficial is praise-worthy” without limited to the domestic sphere.[4]

In addition to working women, the Palladium of Liberty shares mothers' concerns about raising children by offering a piece of advice: “Take especial pains to make home the most pleasant place on earth to them. . . . The memory of home, sweet home, happy early association and a mother’s love, watchfulness and prayers, have been the talisman which has enabled many a soul to bear up and buffet in after years against the winds of adversity and the tide of temptation which have assisted them through a long life.”[6] Mothers or married women were considered decision makers of Black households. Along with various tips on house management, the newspaper encouraged wives to tell their husbands that they should pay for the subscription, as “The being and well-being of the paper is in your hands!”[7]

The Palladium of Liberty notes women’s societies as important contributors to Black communities through announcements and articles. For example, the Female Union Sewing Society's weekly meetings were frequently announced in most issues: “The Female Union Sewing Society will meet this evening, at Mr. D. Jenkins’ at early candle-lighting; we would like to see a good turnout, as union is strength,” and sometimes with an additional comment: “[C]ome let every female be present, at this meeting and make a strong pull, and all pull together” in the May 1, 1844 issue. Black women politicized their sewing skills as a power to unite and to support Black Ohioans financially, which helps us imagine what kind of conversation they might have had over their busy hands with threads and needles. They sold their works at the 1844 state convention site and collected $67, approximately $2,335.68 in 2020, at the fair. 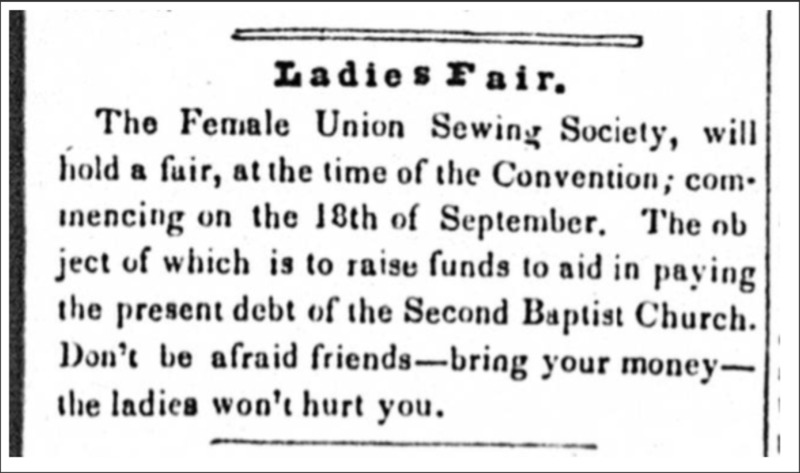 Other Black leaders were also envisioned as readers of the Palladium of Liberty. The newspaper addressed politically organized actions for Black civil rights by introducing good models like Martin Delany: “[T]he editor of the mystery [Martin Delany] in noticing our paper says he hopes that the editor may be courageous, unyielding and independent to his several duties. We will use all the energies we possess to carry out the great principles of our people.”[8] These leaders not only consisted of nationally famous figures but also included local business owners. For example, one article argues that barbers could professionalize themselves to help Black communities united:

My object is, to call their [barbers’] attention to the necessity and propriety of forming themselves into a society, not only for mutual aid and benefit in time of sickness and distress, but for the purpose also, of sustaining the respectability of their profession. . . . Rules might be adopted, both in respect to apprentices and journeymen, and also for the general regulation of the profession, which would be an advantage to all concerned, and have a tendency to unite us in friendship, instead of leaving us a prey to envy and jealousy one against another.[9] 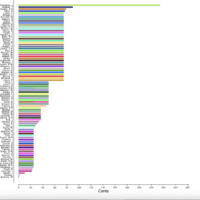 Right after the State Convention in 1844, the number of its subscribers in September increased more than three times than July.

Likewise, subscribing and reading the newspaper were part of Black Ohioans' radical acts to organize their collective voice. For example, David Jenkins could recruit a significant number of subscribers by advertising it at the Colored Conventions. Right after the State Convention of the Colored Citizens of Ohio was held on September 18, 19, and 20 in 1844, the number of its subscribers in September increased more than three times than July.