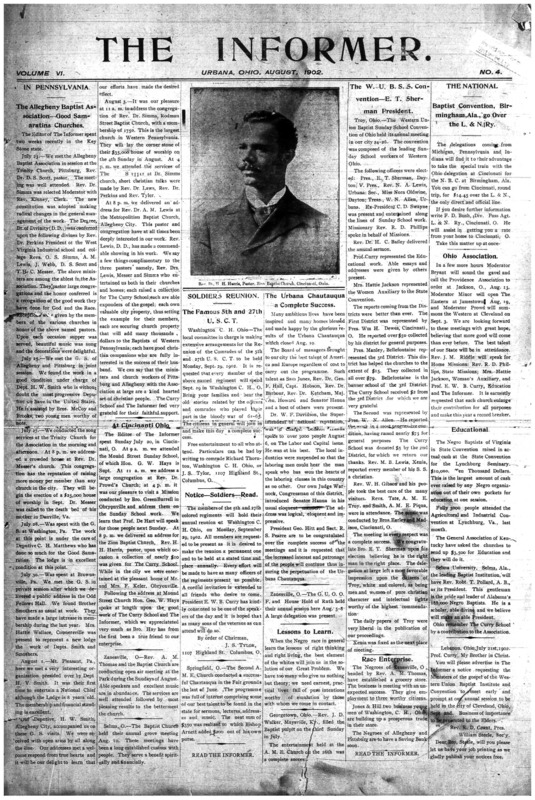 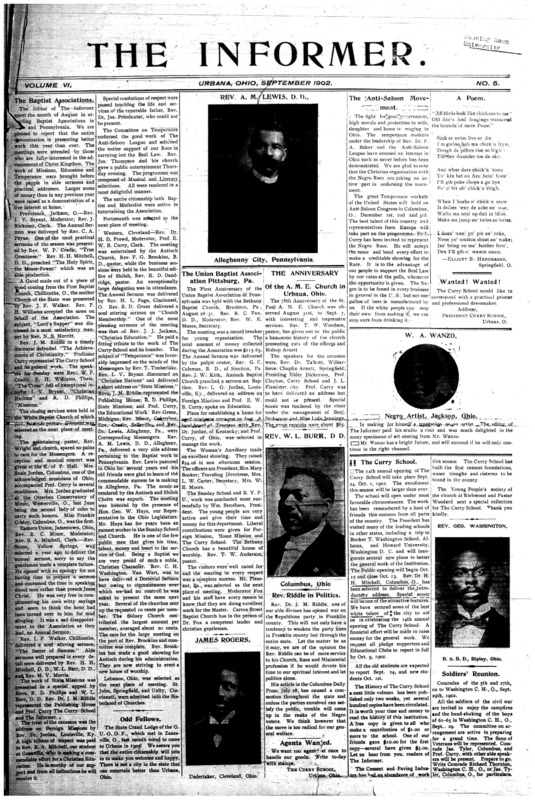 The Urbana-based monthly was published by Elmer W.B. Curry in 1897, to serve as a forum for the editor’s views on African American Baptist Church, Black education and advertisement of his school’s work. The Informer includes various images, mainly as a result of the advancement of printing and photographic technology. Curry was a Baptist minister and educator in addition to his career as an editor. Born in Delaware, Ohio, in 1871 and educated in its public schools and at Ohio Wesleyan University, Curry founded the Curry School, an African American trade and normal school, in his hometown in 1889. When the school moved to Urbana in 1895, it was incorporated as the Curry Normal and Industrial School, also known as the Curry Institute. The School received a gift of $2000 from Martha Fouse, a formerly enslaved person, in 1913. The institute resembled Booker T. Washington’s Tuskegee in its emphasis on practicality in the labor market. Once the Informer asserts that “Nothing is taught that does not have a bearing upon actual everyday life.” The ending date of the Informer is unclear. However, the paper has been relatively well preserved at the Ohio History Connection, as it was published by the famous educator at his established institution until the early twentieth century. 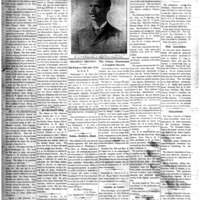 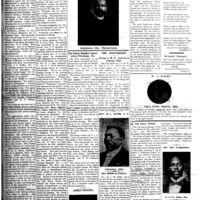