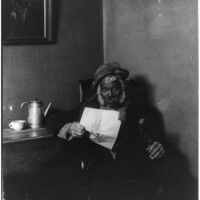 This page presents the extant copies of Ohio's Black newspapers in the 19th century with their editors and backgrounds. Each section above analyzes periodicals per decade to illustrate how these publications contributed to the specific issues of their time. In addition, the chronological chart below leads to each newspaper's surviving issues. This collection includes newspapers that can be defined "Black" because their editors and publishers not only characterized themselves as such, but also explicitly targeted African American readership. But, this collection excludes periodicals (1) that like Facts for the People have been mentioned only one time without any extant copies, as they need more historical documents to prove Black editors' involvement; (2) that, like The Rescuer, were published under the leadership of white editors, while a few Black journalists and contributors collaborate with these editors; and, (3) that, like Christian Intelligencer and Evangelical Guardian and Christian Educator (I. Garland Penn edited), were affiliated to religious organizations. Nevertheless, the collection will grow if more extant copies are found. Discover a diverse set of perspectives around the Black press, as they evolved over time throughout Ohio.